Sale on canvas prints! Use code ABCXYZ at checkout for a special discount!

My Roots Are Black and White 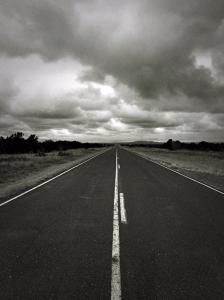 My love of photography began as a kid with a Kodak Instamatic 126 camera in hand and the nearly unrestricted freedom of growing up in the American suburbs in the 60's and early 70's.

It was my mother who instilled in me her passion for capturing the moments of life around her. To say mom was a prolific photographer is a generous understatement as our family heirlooms include the hundreds of creative photo albums that envelope collections of family events, vacations, nature, youth group outings and even the activities that accompanied the square dance group Dad and Mom belonged to for decades. Mom did not know an occasion that didn't call for breaking out her favorite Kodak snapshot, Polaroid, or later, more advanced Canon camera.

She then spent hours organizing those memories into those creative albums complete with hand written descriptions and often accompanying postcards, maps, brochures and even physical evidence such as dried flowers or small tokens from the events.

I grew up in a photography family as my Dad was the originator and curator of boxes and boxes of 35mm color slides, which was his choice of medium, taken with his trusty Argus 35mm camera and shown to captive audiences on his beloved, now vintage, but still working, Argus 300 35mm slide projector.

When I started high school I naturally enrolled in Mr. Tackett's photography classes under the humanities umbrella in the 'alternates' selections that were designed to round out ones education. I continued with these classes throughout my four year tenure.

It was under Mr. Tackett's critical teaching scrutiny that I developed my first love of the style of black and white photography. Ansel Adams later became my inspirational photographer idol and one of our first family objectives in Yosemite National Park, on our yearly visit there, was to hit his iconic gallery and spend an hour or so soaking up his awe invoking photographic works of art. I would then spend the rest of our week in Yosemite trying to emulate Adam's work on the same timeless subjects throughout the park with my own camera.

Mr. Tackett insisted on learning the basics and roots of photography which by default was the black and white genre. There was of course no digital photography in the 60's and 70's so those basics included much time spent in the traditional darkroom beneath the eerie glow of amber lights and photo chemical smells. I wouldn't trade that experience for anything in the realm of photography as it resonates and enhances the work I do today in the digital world with the fundamental foundations of darkroom skills I learned under those amber illuminations.

It was in black and white that I came to appreciate and exploit shadows, lighting, contrast, black point, tone and grain. My Yashica 35mm rangefinder camera was always loaded with Kodak Plus X, Tri X or Ilford Pan F film. I have also owned or used Kodak, Pentax, Olympus, Minolta, Canon, Polaroid and Nikon camera's finally settling on both film and digital Nikon Camera's as my de facto standard, but all loaded at one time or the other with black and white gelatin emulsion coated plastic. My present work is with a Nikon D200 and always-with-me iPhone 6.

Black and white photography trained me to view the world I was capturing around me though my various lenses from a unique perspective. It forced and taught me to think and translate the reality of the color the eye sees into compositions of shadow, light, stark and subtle contrasts, texture, tone and then instantly visualize what the final piece would look like in black and white. I truly came to view the world not only in black and white but omniscient shades of gray.

While I strayed over the years to shooting a majority of my work in color, I never lost my ability to visually and mentally translate into black and white. I have often, post location shooting, transformed my color work, as a result of that initial visualization, into black and white pieces using the magic and limitless possibilities of the digital darkroom and nearly endless applications.

There is nothing quite like the components of lighting that make up a black and white photograph. You can deeply appreciate the great differences of shadow, tone, subtle grays and contrasting blacks in a portrait of a human subject, as an example, when comparing it to the same shot in color. Or a take a photograph of The Grand Canyon with dramatic cloud formations and all the visually stunning contrasts of black and white that ensue verses the comparable scene in color.

Recently I have begun to happily return to my roots of black and white photography and I am rediscovering the challenges and joys of translating my world into that genre. It has reawakened both the associated nostalgia and the reborn creativity in my professional and candid photography using this medium.

If you have become locked into the cliches of capturing your own world in color, you may want to experiment with black and white photography. Whether you choose to shoot with native black and white film, set your digital camera to shoot default in black and white or transform your photographs post shooting from color to black and white through the digital darkroom, you may find yourself reinvigorated with the "new" medium.

Give black and white a try and happy shooting!

The Photographer As Captive 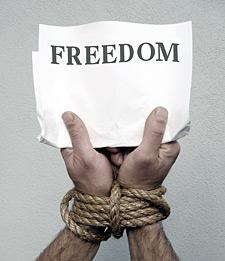 Being a good to great photographer has very little to do with your equipment (although I am not minimizing the importance of good equipment) and everything to do with your ability to see the world around you from both a microscopic as well as kaleidoscopic point of view at all times.

It doesn't really matter where you are located to be a talented photographer. You just need to have the ability to adapt to your present environment and turn wherever you are into your own canvas to paint on for others to see and appreciate through your own unique lens on wherever that may be.

Case in point; I love to travel on the road. I have spent a majority of my life on road trips of one extent or another that have resulted in placing me across the vast expanses of the Western United States. My favorite places are the great National Parks of the West and the inspiration they bring as a photographer can not be measured. Most recently a couple of years back I was on the road fly fishing and photographing my way from California to New Mexico. I was in complete heaven!

Has that dampened my enthusiasm or creative drive as a result? Absolutely not! Quite to the contrary. I have fully adapted my style and perspective to that of a Street Photographer as well as fine tuned my senses to capture the things around me that most people completely miss and turn them into photographs to be shared with the world.

Granted the San Francisco Bay Area offers some of the most diverse photographic opportunities on the planet from incredible cityscapes to street photography to nature, but nevertheless I am a captive of sorts to a specific geographic area rather than have the complete freedom of moving my RV at will across the West.

I certainly miss that complete freedom but I cannot get enough of the opportunities where I find myself and I am taking full advantage of the diversity it offers.

My point is that as a photographer learn to Improvise, Adapt and Overcome (a quote from the Clint Eastwood film 'Heartbreak Ridge') wherever you are to create great photographs that your audience will appreciate and enjoy. It will keep your edge sharp and your creative spirit nourished.

You may just discover an entirely new niche of photography you may want to even specialize in as a result.